The ARC-170, used by the Republic and operated by Clone pilots, possessed an S-foil system, which helped to radiate heat, something that aided the fighter's shielding. This also provided additional stability during atmospheric flight.
from https://starwars.fandom.com/wiki/Aggressive_ReConnaissance-170_starfighter/Legends

Looking to be annoying as possible?  Here are some tips to get started!

With the dominance of social media today, building your brand as a person is very important.  It can shape how people think about you, act around you, and generally how they feel about you.  If you're annoying and trying to build your brand as such, it's important to constantly take up new, annoying traits.

Below, for your consideration, are a few traits you should consider in order to take your game to the next level.

Swapping out <something awesome> for cauliflower <anything>

AH!  Thanksgiving!  The best of Holidays.  Friends, family, drinks, and food.  It's tradition for families and friends to get together on this holiday.  If you're hosting, it's customary for guests to ask if they can help out by bringing anything.  "Great!", you say, "You can bring the mashed potatoes!".  Wow, that's helpful!

The day of Thanksgiving, as your guests arrive, you greet them.  As promised, one of them arrives with a foil-covered ceramic dish.

These must be the potatoes!

Oh, instead of mashed potatoes, I brought mashed cauliflower!

Yeah!  Mashed cauliflower!  It's just like mashed potatoes, but it's so much healthier for you, and it tastes just as good!

Well, if you add a lot of butter and sour cream, they taste just like potatoes, but they have more fiber and less carbs . . . .

Instead of bringing a foil-covered bowl of awesomeness, they have done several things:

At this point, despite the Season, you have no choice but to kick/ban them from your house.

Cauliflower is disgusting.  Tricking people into eating it makes them hate you.

The same arguments can be made against riced cauliflower (you can totally tell the difference, and yuck) and cauliflower pizza crust (it's not even pizza at that point).    Stop the lies.  It's not the same, you can totally tell the difference, and if people want to be healthier, they can just eat brown rice, mashed potatoes with the potato skins still in there, whole wheat crust, an apple, or normal cauliflower (if they like the taste of, based on how it smells, I can only assume, bat barf).  And NO, I'm not saying I've smelled bat barf . . . because I haven't . . . not as far as you know . . . I mean, where would you even get bat barf? . . .  like I did that one time in the Barn of Mystery when I had a crazy dream that I drowned a bat in a bucket of stale beer and came to find, upon waking up,  that it had all been real, the gypsy woman had been right,  and . . . wait, where was I going with that?  Oh yes . . . 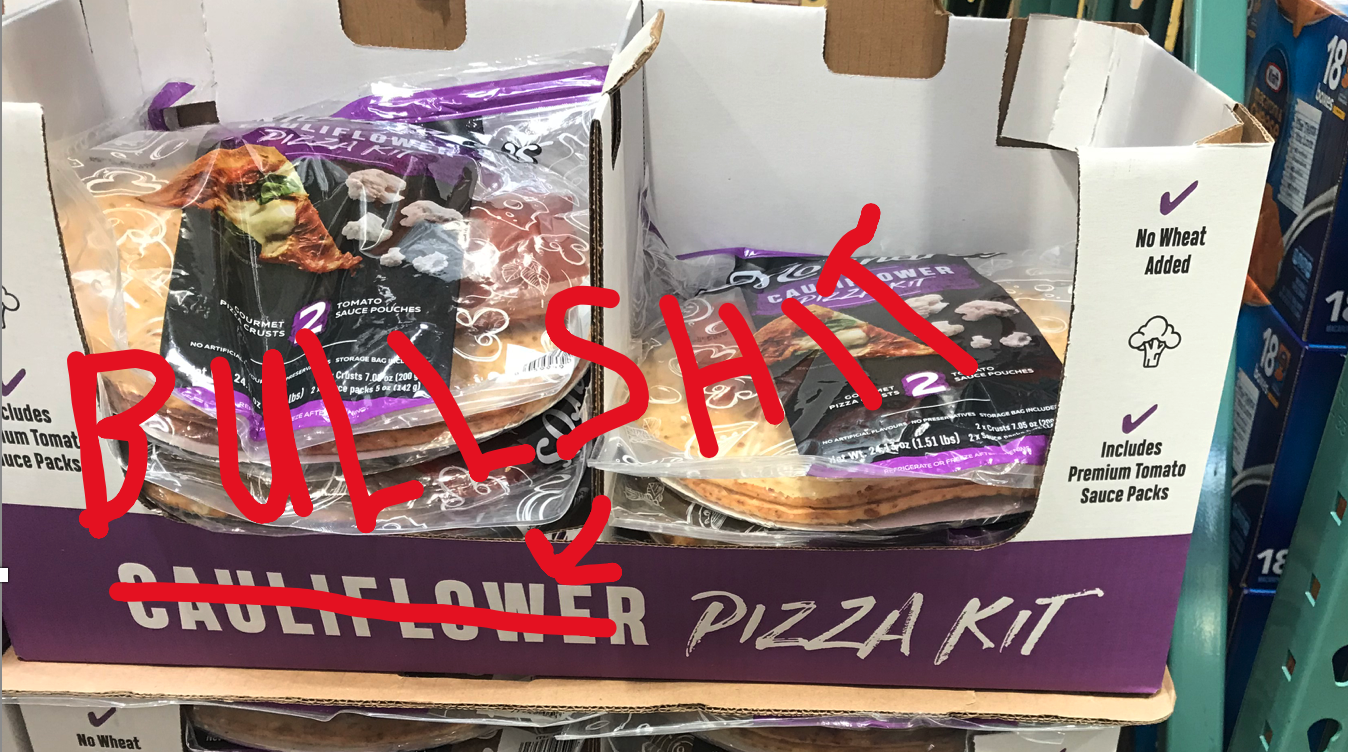 Don't try to convince me, or anyone, that cauliflower is just as good as whatever you're trying to substitute it for, because:

"But cauliflower crust pizza is SO good!"

No it's not.  Shut up and stop lying.

There's no need for anyone to be convincing anyone that substituting cauliflower for anything is better.  Stop insulting my intelligence and humanity.

Constantly posting pictures of your food

Social media.  Wow, what a revolution.  We can now communicate with people around the world, around the country, locally in our community, and have the Russians trick idiots into voting for other idiots.  It's great, right?!

It makes me think of what we did before its advent.  We wrote letters (well, some of us did: using a pen is cumbersome), made phone calls, and emailed.  I recall receiving letters and emails weekly and sometimes daily from my friends and relatives, showing me pictures of whatever they were eating at the time . . . . 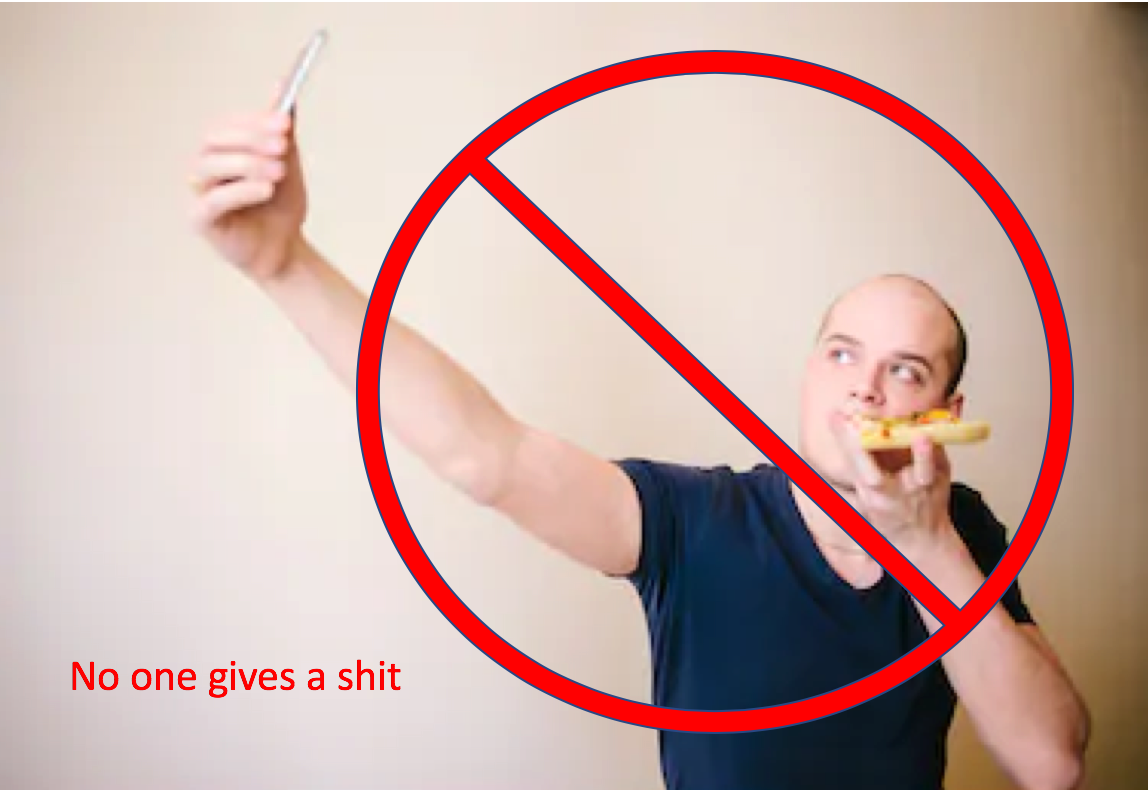 No one cares what you're eating. NO ONE

Yeah, that was never a thing, was it?  Sending someone a picture of your food?!  No, it wasn't a thing, and here's why: it's a really dumb thing to do.  THEN, Facebook happened.  Now it takes no effort at all to advertise to all your friends and "friends" what you happen to be eating at the time.  It's made all too easy now to do stupid stuff that used to take effort.  Now it takes no effort so hey, look at this corn dog that I've taken two bites out of! Gross.  Go away forever.

Knock it off.  Unless you're posting a pic of an elk you've just approached on foot, wrestled to the ground, strangled, and stabbed with its own antlers to finish the job and now you're ripping its raw flesh from the shank and eating it (now THAT'S a selfie!), I don't care what you're eating.  We've all seen a cooked steak.  Knock it off.  No one cares but you.

Correcting people on how to say Louisville, Kentucky

Alright, I have to admit that I've never been to Kentucky.  I also have to admit that I never want to go to Kentucky.  I'm sure there are some really nice people there, though.  I've never been to Louisville, either.  I never want to go to Louisville.  Why?  It's the presumptuous attitude of the people there. Have you heard how they insist on pronouncing the name of their city? And that's not the worst part: they insist that you pronounce it the same ridiculous way as well.

No, it's NOT pronounced that way. Shut up forever.

A-hole from Louisville: "It's pronounced Luavl." 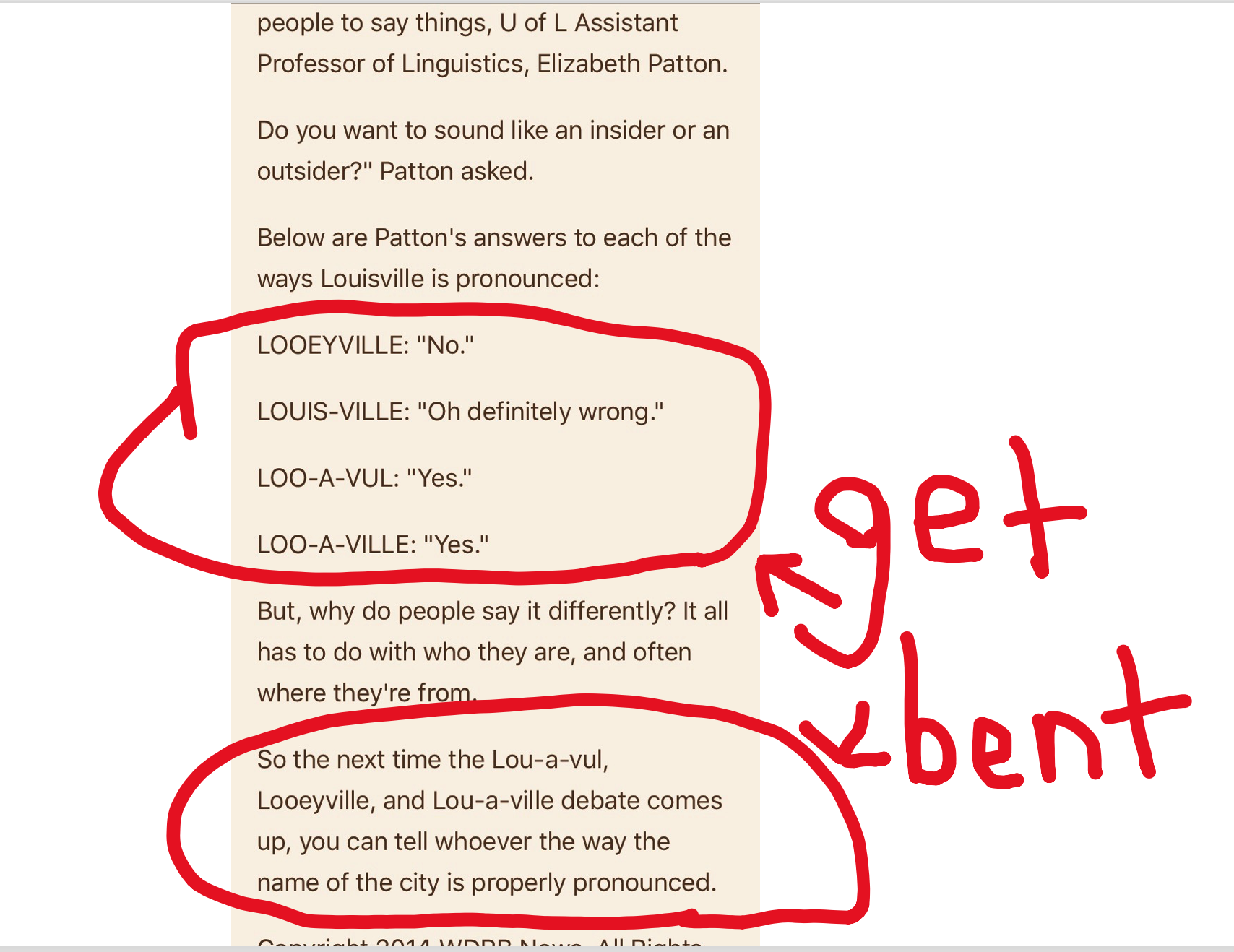 L-O-U-I-S-V-I-L-L-E.  Louisville (or Louieville if you like the French take).  It's pretty simple.  Why insist on pronouncing Louisville like you've just shoved 20 jumbo marshmallows in your mouth?  If that's how you want to go through life, shoving marshmallows in your mouth and insisting that everyone else is wrong because they don't sound like you because they haven't shoved 20 jumbo marshmallows in their mouth, then you need to re-evaluate your goals.  Pronounce it how you want, just don't correct other people who self-identify as 'not you' or who aren't in the middle of a game of chubby bunny.  Editor's note/disclosure: chubby bunny is a GREAT game.

No one cares about your shitty cauliflower fraud food or whatever crap you happen to be eating at the time and no one needs to be corrected on the wrong way you insist on pronouncing your city.  Everyone hates you because of this.