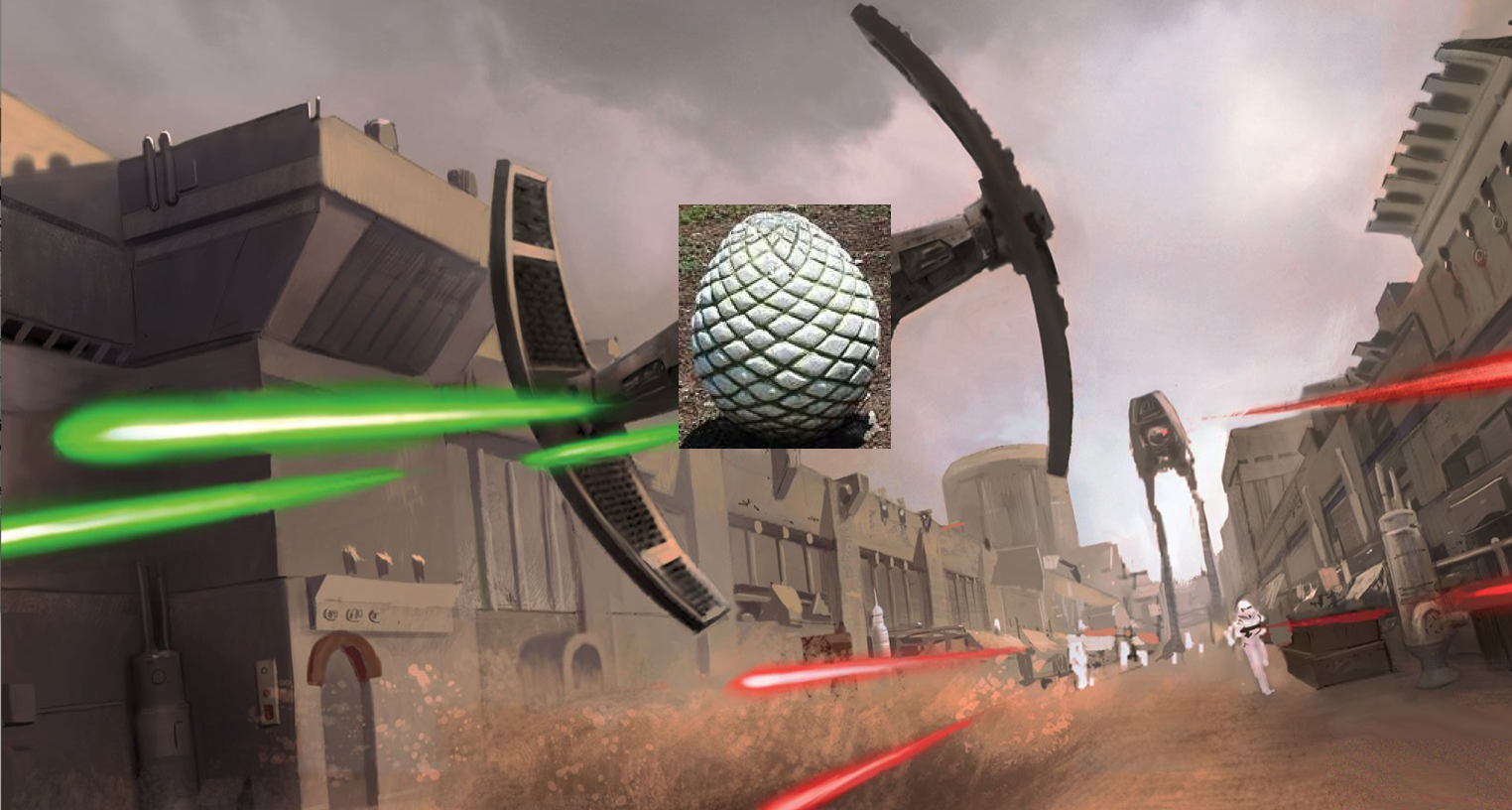 An Introduction To Mezcal

In the world of spirits, mezcal is one of the least understood and least appreciated options.  Thanks to some unfortunate stereotypes, worms, and an unfortunate scene in Poltergeist 2, mezcal sometimes gets a bad rap.

And to that point, it's important to note that this article focuses on artisanal mezcal.  It certainly does NOT refer to the mezcal that comes with a worm, costing $4/bottle, that you may have had in college.  There's a better, happier world out there: it's called artisanal mezcal.  I'm writing about that better, happier world.  And, for a moment, let's all acknowledge that putting a worm in your drink is a ridiculous thing to do, unless that drink is already trash and you're looking to win $100 on a dare.  A worm.  Please.

The truth is that mezcal is a rich expression of terroir that provides a wide spectrum flavors.

Mezcal and its Relationship to Tequila

So . . . back to our happy place!  How are mezcal and tequila related? Tequila is made exclusively from the blue agave plant and must be made in the Mexican state of Jalisco.  Mezcal, on the other hand, can be made from multiple species of agave plant and can be made in 9 states throughout Mexico.  So with that, tequila is a specific type of mezcal.  However, in practical terms, they can each be thought of as distinct beverages because of two important differences we'll cover below.

The biggest difference between tequila and artisanal mezcal comes from the production process.  In artisan mezcal production, once the agave plants are harvested, the piñas (the heart of the agave plant) are cooked in underground pits for days.  This roasting imparts a strong smoky flavor on the finished product, which is the first big distinction from tequila.

The other main difference between mezcal and tequila is the flavor profile and environmental characteristics of the variety of agave plants used to produce mezcal.  Even within the the same mezcal brand, there can be big differences between the flavor profile of the different batches.  This difference is a product of many factors.  The different agave plants used in mezcal can take up to 8-30 years to mature before harvest, depending on the species.  Contrast this to the blue agave plant used exclusively to make tequila, which is typically harvested at about 8 years.  Think about that for a moment: up to a thirty year maturation.  That is decades of time for the agave to soak up characteristics from the environment.  Additionally, many of the agave species used in mezcal grow wild, lending more variance to the characteristics of the plant.  This longer maturation process and variability of the environment during that 8-30 year growth process leads to different flavor profiles even within an agave species.  A mezcal's flavor profile is the ultimate expression of terroir.

And, like tequila, stick to mezcal that clearly states that it is from 100% agave on the bottle (Type I).  There are some variations of mezcal (Type II) that allow for only 80% agave, allowing for 20% of . . . whatever: sugar alcohols, sugar, caramel coloring, etc.  That 20% is going to be filler and will mask the agave taste.

If you like, check out my tequila article here.

Mezcal, like tequila, can be aged.  Unlike tequila, I've seen less clarity as to what some of the terms mean.  The categories here seem very similar to those of tequila.  The ambiguity in some of the definitions may be a product of the artisanal process, with some producers having different definitions of what qualifies as what.  Additionally, since mezcal is less-known, there may be less standardization and information about the categories.

Here's my best shot at depicting the categories:

So, looking at this list, Dorado sticks out as the cheap crap mezcal equivalent of Jose Cuervo Gold tequila.  I don't know for sure, but it probably has a worm.  Ick.  Both the Dorado category and the Type II mezcal raise the WTF?!! factor considerably: why are some trying to ruin this drink by adding unnecessary crap?  Knock it off, asses.  In the words of the late, great Admiral Ackbar: It's a trap!!

And as a sidenote, the inglorious way Ackbar was killed in The Last Jedi was total bullshit.  He should have been the one to stay behind and go hyperspace into Snoke's battlegroup.  That's how a great Admiral from the original trilogy, who has that great signature line, who fought over Endor, who moved closer to engage those Star Destroyers, who concentrated all fire on that Super Star Destroyer, and who helped destroy the second Death Star, goes out.  Such a character does not go out in the lame, offscreen way he was sent out so we could have some random, new character take that part in the name of political correctness.  And before you get all in a rant, I liked Admiral Holdo and her signature purple hair; it seems she was a real hero in that battle they mentioned that no one had heard of until they mentioned her.  It just wasn't right to have any random new character with no backstory and no connection to the audience take that exit.  I'd also argue that having an actual alien more involved is about as inclusive as you can get, so if you're still upset, well, in the words of Richard Pryor: have a Coke and a smile, and shut the f*ck up.

But I digress . . . . so, for the higher quality mezcals that are 100% agave, I've typically seen Joven, Reposado, and the Añejos.  I'd recommend sticking to those.

Joven is going to yield the greatest agave flavor from the variety of species involved, with that flavor fading out as you go into the reposado and then the añejos.

Mezcal can be a bit of an acquired taste.  But to that, it's helpful to understand what to look for.

Mezcal is meant to be sipped, not shot or mixed (and I have to admit here, a shot of mezcal would be very unpleasant).  Sipping allows you to experience the entire flavor profile provided by the different agave plants.   When sipping mezcal, the initial smoky flavor may be very strong and can hit you like a punch.   However, mezcals tend to have a long tail on the flavor.  A second or two after the initial smoky punch, you'll experience the spectrum of flavors provided by the different types of agave plants.  There's a lot here and the flavors can get very complex, fading from smoke to any combination of agave, caramel, citrus, butter, vanilla, and more, each colored with a distinct roasted flavor.

Unlike with silver tequilas, I do enjoy sipping the joven mezcals.  The lack of aging allows the full spectrum of all the flavors of the various agave plants to come through, which is why you'd have mezcal in the first place.  On the other end of the spectrum, I've also had Scorpion 7-year aged extra añejo mezcal.  This was easily the oldest item I've ever drank (it seems like there's a joke there . . . like what I just said was dirty but it's really not . . .  but you'd make a joke anyway . . .  doesn't it?).  The 7-year Scoprion had a hint of agave flavor with not too much smoke, but on the whole, tasted more like a high-quality brown liquor (I'm not terribly familiar with scotch, bourbon, whiskey, etc).  At about $30/pour, Scorpion is worth trying as a sipper, but I've found just as much enjoyment from the jovens at a better price point.

Although mezcal is not meant to be mixed, I've found that in the ideal margarita (3 parts tequila, 1 part Cointreau, 2 parts fresh lime juice), it can be interesting to swap out one of the tequila parts for mezcal.  The ingredients in the margarita that are so good at highlighting the blue agave taste in tequila are also good at highlighting the different flavors provided by the variety of agave plants in mezcal.

Mezcal is the product of a centuries old artisanal process; the taste is an expression of the environment in which the agaves grow, some for up to 30 years. Mezcal is going to have its day in the sun fairly soon.  At this point, though, it's often seen as a novelty drink and new to the scene but rising in popularity.  Next time you're out, I recommend a joven pour to give it a go.  When the bill comes, tell the bartender Tim recommended this, then give a nod and a wink and make the clicking sound with your mouth that some people do when winking . . . maybe playfully pointing your finger when winking . . . . . . I mean, you'll still have to pay for sure, I'm just trying to get you to inadvertently flirt with a bartender.